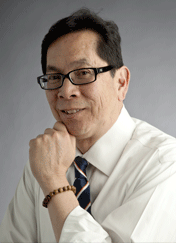 Dr. Frank Chong has been Superintendent/President of Santa Rosa Junior College (SRJC) since January 2012. In 2013, SRJC adopted the district’s first strategic plan, with participation by 400 college and non-college community members. One year later, under his leadership, the college saw the successful passing of Measure H, the $410 million bond to support new and updated technology and facilities (the largest bond passed by voters in Sonoma County history). Currently, SRJC holds the highest UC acceptance rate among all California community colleges.

In Feb. 2019, SRJC was listed in The Hispanic Outlook on Education magazine as one of the nation’s “Top 50 Community Colleges for Hispanics” out of the approximately 1,132 community colleges in the U.S. During his tenure SRJC also initiated a new student housing development, which is expected to be complete by 2022 and will provide much-needed affordable housing on the Santa Rosa campus for approximately 360 students.

He served as Special Assistant to Willie Brown, Speaker of the California Assembly, from 1987 to 1991, and in that position created legislation in higher education, mental health, small and minority business affairs and local government. Dr. Chong also developed a consortium of more than 50 San Francisco youth organizations to share resources.

He is an experienced administrator of non-profit organizations, and worked in Oakland as Director of Special Services for the Asian Community Mental Health Services and Executive Director of Asian Manpower Services.

Dr. Chong has participated on numerous higher education boards, including the Chief Executive Officers Board of the California Community Colleges and the American Council on Education Commission on Advancement of Racial and Ethnic Equity.

He is a former President and founding member of the national advocacy organization Asian Pacific Americans in Higher Education.

Chong has a Bachelor of Arts degree from University of California, Berkeley in social welfare and Asian American Studies, and a Master’s degree in Public Administration from Harvard University. He also completed the Educational Management program at Harvard’s Graduate School of Education, and earned his doctorate (Ed.D)in educational administration leadership and technology from Dowling College in Oakdale, New York.